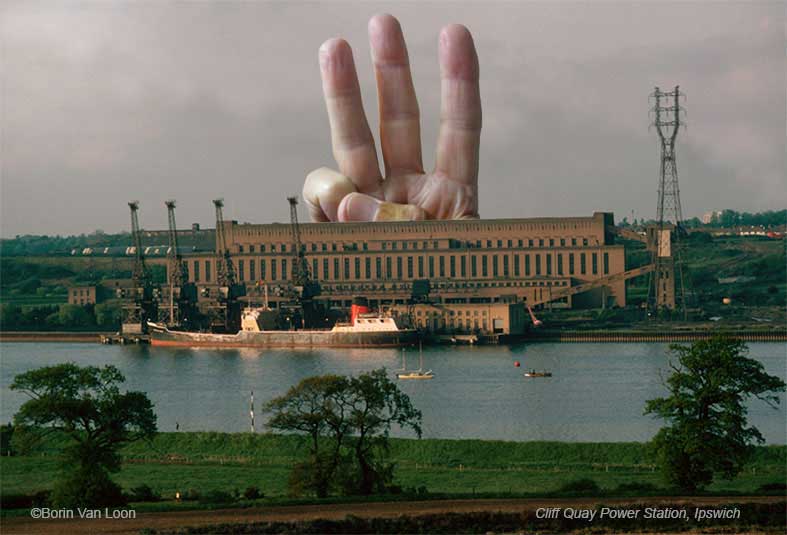 A coal-fired power station built in 1949. The three towering chimneys, the last parts of the complex to be demolished, were memorably blown up in 1994 watched by crowds. They were iconic landmarks seen from the Wherstead and Freston Strand.
[Photograph of the collier, Sir William Walker at Cliff Quay Power Station, in 1983 courtesy Keith Halton.]