A prime slice from the 1978 one-man comic book 'Intellectual Bull' published by old friend Alan Courtney, who I first met whilst working on the Wandsworth community magazine 'Lower Down' and his imprint Suburban Books. Oddly, this tiny publication has suddenly cropped up on the book search under 'Borin Van Loon' on amazon.co.uk! I have two copies in stock as at November, 2005... A similar case, though somewhat more recent, is 'The Loony Dog-Owner's Handbook'. 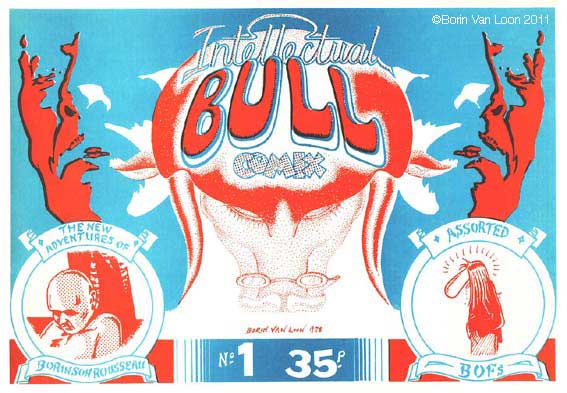 Including hand-set moveable type from the print department at Lowestoft Art School... 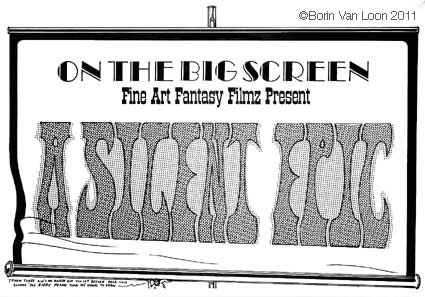 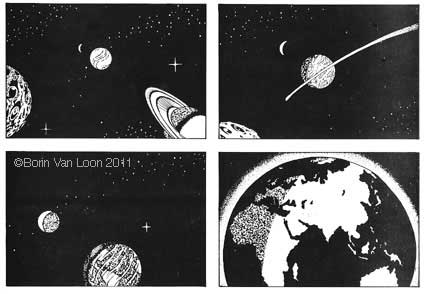 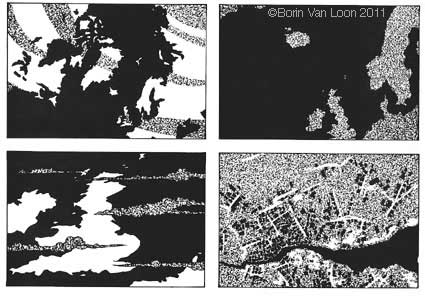 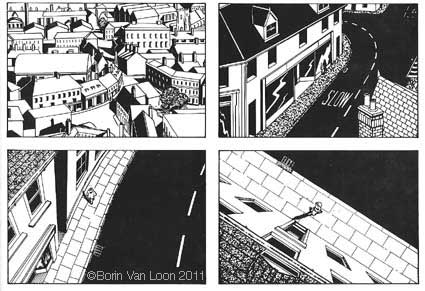 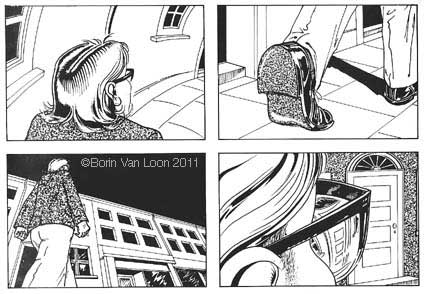 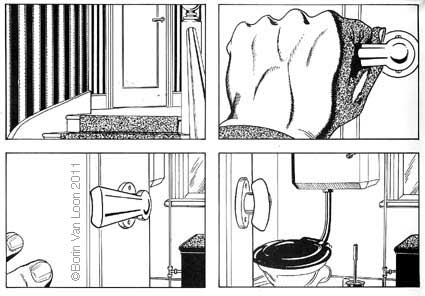 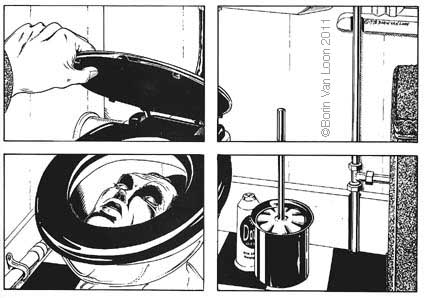 And a full colour version in gouache of that final page (which has never been published and scarcely ever seen...)